Las Vegas, Nevada (November 7, 2014)–The Silver Cup Matches have been played for 22 years between members of the Northern Nevada Women’s Golf Association and the Women’s Southern Nevada Golf Association. On the course, the ladies from Northern Nevada hold a 12-10 advantage in the overall record, but the team from Southern Nevada won the 2014 Silver Cup Matches by the score of 22-18 in the three-day net tournament that many view as the most prestigious event in Nevada women’s amateur golf. Off the course, members of the two associations have formed long-lasting bonds and the event has fostered better business relationships between the South and North. –By Brian Hurlburt

The tournament rotates between the North and South each year and was held in the South at Mountain Falls Golf Club in Pahrump, Nevada, this year. Laura Smith and Rane Zimmerli were undefeated (earning three total points) in the matches for the Southern Nevada team while rookie Chris Guetersloh won 2.5 points for the team from the South. The event is organized by the Nevada State Women’s Golf Association, which is jointly operated by the North and South.

“This team worked really hard this year and spent a lot of time as a team practicing together and working together with their partners in the team events of the competition,” said Sherry Jackson, one of the Southern Nevada team captains. “We really focused on the alternate shot portion of the event because that has been a weakness for us in the past so winning 6.5 points on the first day in that format was huge. The Silver Cup Matches are always special because they were created to bring the North and South ladies closer together and improve the communication of the two amateur organizations. The event has been successful over the years and this tournament has become the premier event of the year. Off the course we are very friendly, but the competition on the course is fierce.” 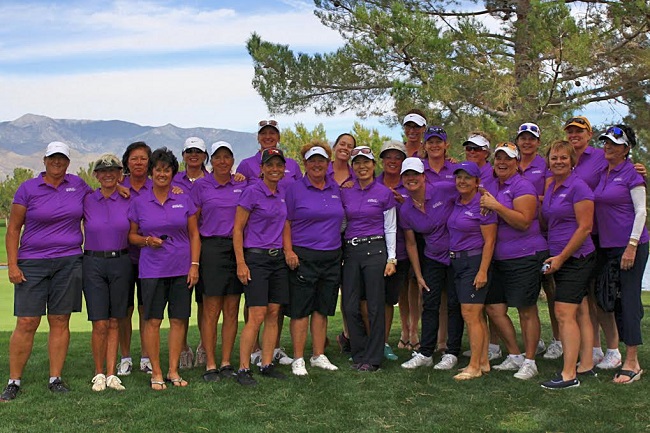 Laura Smith was making her ninth appearance in the Silver Cup and has won 8.5 out of the 9 points available to her in singles. The other captains for the Southern Nevada team were Sue May, Doe Emes and Laurie Johnson. Captains for Northern Nevada were Darla Smith and Elaine Walker.

About The Silver Cup: The Silver Cup is a team competition between Northern Nevada Women's Golf Association and the Southern Nevada Women's Golf association played over three days, a format similar to the Solheim Cup and Ryder Cup.  The competition began in 1992. The tournament is played in odd years in the North and even years in the South. There are 20 team members and four alternates. Following 2014, the overall record is the North has won 12 times and the South 10 times. For more info, visit NevadaWomensGolf.org or either association website at WSNGA.org (South) or NNWGA.org (North).