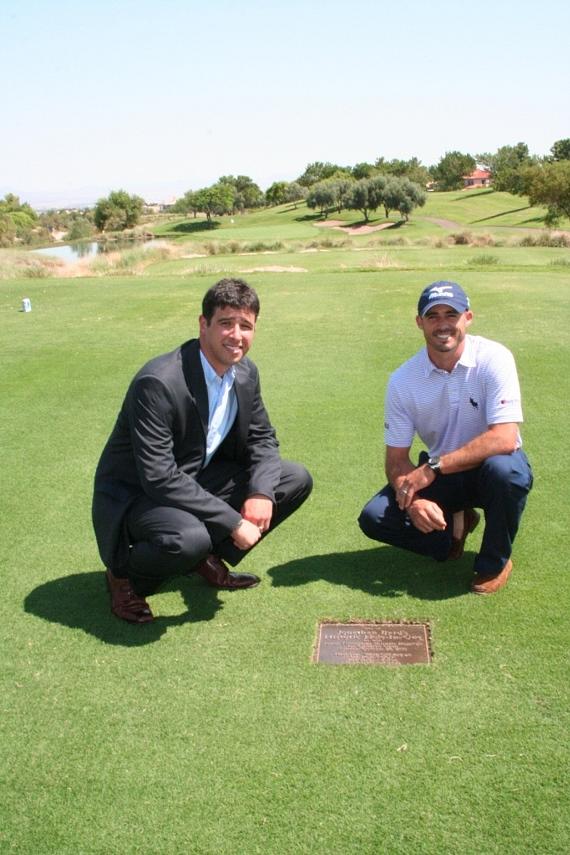 Las Vegas, Nev. (December 8, 2014)–Adam Sperling’s role with the Las Vegas’ PGA TOUR event, the Shriners Hospitals for Children Open, is expanding. Sperling, the tournament director of the tournament, was recently promoted to executive director. With the new job title brings loftier expectations, but the potential to have an increased impact both locally and nationally. —by Bill Bowman.

The PGA Tour has stopped in Las Vegas for 33 straight years with the 2015 tournament set for Oct. 19-25 at TPC Summerlin. With Sperling’s involvement, the tournament’s impact on the golf world continues to climb. “We are looking for continued growth as a community event for our attendees and volunteers,” Sperling said. “We also want improved exposure for Shriners Hospitals for Children and their mission and increased value for companies who choose to activate at our event. If we are able to achieve those goals and find success then our ultimate goal will have a stronger chance of being realized, which would be to extend the tournament beyond 2017 and ensure the continued presence of the PGA TOUR in Las Vegas.”

Sperling will be responsible for not only long term vision and tactical planning, but also strategic title sponsor activation initiatives for the tournament and spearheading activation efforts of the hospitals themselves via the forum the event provides them across their local and international footprint.

As for the overall growth of the tournament that has taken place under Sperling’s direction, the success is easy to pinpoint. “Certainly getting the event into the FedEx Cup regular season schedule stands out,” Sperling said of his proudest achievements with the tournament. “Achieving that goal wasn't as simple as writing a larger check, although that came with it. We've transitioned boards and committees, reshaped and grown our volunteer organization, increased corporate involvement and changed the onsite experience for all who attend. It's been gradual, as these things don't happen overnight, but I do believe the event looks quite a bit different from six years ago, which is a rather short period of time in the big picture. None of that would have been possible without such a large segment of our community getting involved in such a variety of ways that provide support to our mission as an event.”

The Shriners Hospital for Children offers pediatric care to children from their 23 facilities in the U.S., Canada and Mexico. From burns to spinal cord injuries to cleft lip and palate, more than a million children have been helped through the efforts of the Shriners Hospitals for Children. Check out more about the Vegas PGA TOUR event at ShrinersHospitalsOpen.com.