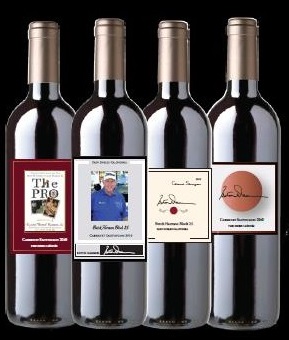 Las Vegas, Nev. (Feb. 20, 2015)—Butch Harmon, the world’s top golf instructor and the teacher to the stars, is teaming up with Broken Earth Winery to unveil the Butch Harmon Wine Club. Harmon, who is as passionate about the golf swing as anyone, has expanded that passion to wine. And you can join him, drink his wine and meet him during a VIP meet and greet.–By Bill Bowman

“I’ve been involved in the golf business for almost 50 years including playing the PGA Tour for a couple years in the early 1970s,” Harmon said. “My passion in teaching is driven by making golfers better players, whether it is some of my current PGA Tour pupils such as Phil Mickelson, Brant Snedeker, Rickie Fowler, Jimmy Walker or an average player who attends one of my golf schools in Las Vegas at Rio Secco. Later in life I developed a keen interest in wines and now I can explore my passion for wine in association with Broken Earth Winery and the amazing wines that come out of the Paso Robles region. I hope you’ll join me in enjoying our wines.”

Butch Harmon’s School of Golf is located in Henderson, Nev., at the Rio Secco Golf Club. Rio Secco is a Rees Jones designed layout that opened in 1997. The course stretches out to more than 7,400 yards from the tips and offers a great golf challenge and stunning views of Vegas and the famed Las Vegas Strip.

The Broken Earth Winery covers 2,500 acres just east of downtown Paso Robles, Calif. Rancho Tierra Rejada, Spanish for “land of worked earth,” is the original name of the 2,500 acre Paso Robles ranch that is now home to the vineyards of Broken Earth Winery. The unique wines reflect winemaker Chris Cameron’s committed and passionate approach to all aspects of winemaking.