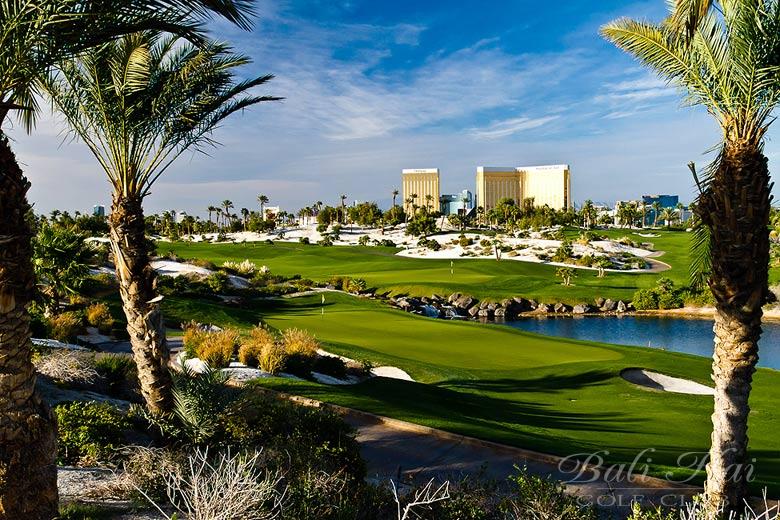 Another Las Vegas World Amateur is in the books and many of the participants are already making plans for 2016. Once again, the weather was perfect and the players loved the golf and the off-the-course excitement of the tournament that was played Feb. 9-13. The Las Vegas World Amateur is organized by the Southern Nevada Golf Association, the official arm of the United States Golf Association in the Las Vegas Golf Region. — By Brian Hurlburt

Veronica Horta, from Trabuco Canyon, Calif., won the ladies gross division while Steve Ellis, from Evanstan, Wyo., won the low net award of the final round. Joseph Apache, a local player from Henderson, Nev., won the men’s gross division. Bryan Mathis, from Fruitport, Mich., defended his overall title and is the first repeat champion in the tournament’s history in any division.

“I am stunned to win again because I played just OK, but I was able to survive without any major blow-up rounds,” said Mathis, who has played in the event each year. “This tournament is very well organized and the courses we get to play are phenomenal. It’s an amazing experience and I am already looking forward to next year.”

According to SNGA Executive Director Ann Sunstrum, many who played this year had played in previous events as had Mathis.

“More than 50 percent of our players have either played here every year or two of the three years, and I think that means we are putting on a memorable and exciting event,” said Sunstrum. “We are already planning for 2016 and we look forward to seeing old friends and bringing new players to Las Vegas to experience the Las Vegas World Amateur.”

The 4th Annual Las Vegas World Amateur is scheduled to be played February 8-12, 2016.

The courses used for the tournament in 2015 included some of the best in Las Vegas. The courses played were Desert Pines Golf Club, Reflection Bay Golf Club, Angel Park Golf Club, Stallion Mountain and Spanish Trail Golf and Country Club prior to the finals that were played at Bali Hai Golf Club, a tropical golf experience located in the heart of the Las Vegas Strip.

“I love golf in Las Vegas and when we found out about this tournament we immediately signed up,” said Ellis, Jr., who played in the event along with his father. “We come to Las Vegas to play golf each year in June with a large group, but we will now be making this tournament an annual trip as well.”

The Las Vegas World Amateur marked its third year in 2015. One of the most talked about events of the week is the welcome reception hosted by the hospitality experts at Cili at Bali Hai Golf Club. Cili is an award-winning restaurant that is located in the Bali Hai clubhouse and offers a Balinese-inspired menu and stunning views of the tropical course from both inside and the outdoor patio. During the opening reception, a series of dining stations was available for competitors and guests, and the welcome event offered the perfect time to catch up with old friends and meet new competitors.

The awards dinner that followed tournament action on the third day was held at the Gold Coast Hotel and Casino. The Gold Coast, which is a local and visitor favorite, rolled out the green carpet for Las Vegas World Amateur competitors and guests. The Gold Coast is true, old school Vegas with the bells and whistles of the 21st century.

About the Las Vegas World Amateur
The Las Vegas World Amateur is open to all amateur golfers and combines world class golf with the glamour and excitement of Las Vegas. Participants from all over the world play 54 holes of golf during the tournament on some of Las Vegas’ finest courses and compete for thousands in prizes, trophies, and bragging rights. Those who qualify earn a bonus championship round of golf for no additional fee. Away from the course, VIP cocktail receptions, dinners and other Vegas surprises highlight the event. The tournament is owned and operated by the Southern Nevada Golf Association, the governing body for the game of golf in the Las Vegas area which is licensed by the United States Golf Association. The 4th Annual Las Vegas World Amateur is schedule for Feb. 8-12, 2016.