Las Vegas, Nev. (Feb. 7, 2016)–It was awards night for the Southern Nevada Golf Association honors last week at Rio Secco Golf Club. The annual Player of the Year awards were handed out in addition to some other special awards given to people and organizations. Heading the way was Edward Fryatt, the 2015 Championship Division Player of the Year. The facility of the year went to Pacific Links, which owns and operates Southern Highlands Golf Club, SouthShore Golf Club and DragonRidge Country Club in Southern Nevada. –By Brian Hurlburt.

Fryatt is a former All-American golfers at UNLV and also played professional golf for more than a decade, winning four times international and playing on the PGA TOUR for several years. He earned is amateur status back prior to the 2015 season and made the most of it.

“Honestly, winning the Player of the Year wasn’t even a goal of mine,” Fryatt recently told this writer for an article on SNGA.org, the organization’s official website. “My main goal was to earn enough points to represent the SNGA at the Pacific Coast Amateur. And as a result it helped propel me to the player of the year. The key, I guess, was to have smaller goals along the way. Just try and play my best and give my full attention to each shot in each individual tournament. When you do that, the rest just happens. That was always my approach when I was a pro trying to win tournaments or trying to move up the money list. Just do the small stuff better, hit more fairways, hit more greens, and the big stuff will take care of itself.”

Visit the official website to learn more about the 2016 tournament schedule which includes scratch tournaments (several divisions) plus net division tournaments and other fun events. The SNGA is the official arm of the United States Golf Association in Southern Nevada.

The other 2015 SNGA Player of the Year honorees were:

Other distinguished honors went to:

Tom Kilmer, volunteer of the year.

Jason Pomroy, professional of the year. 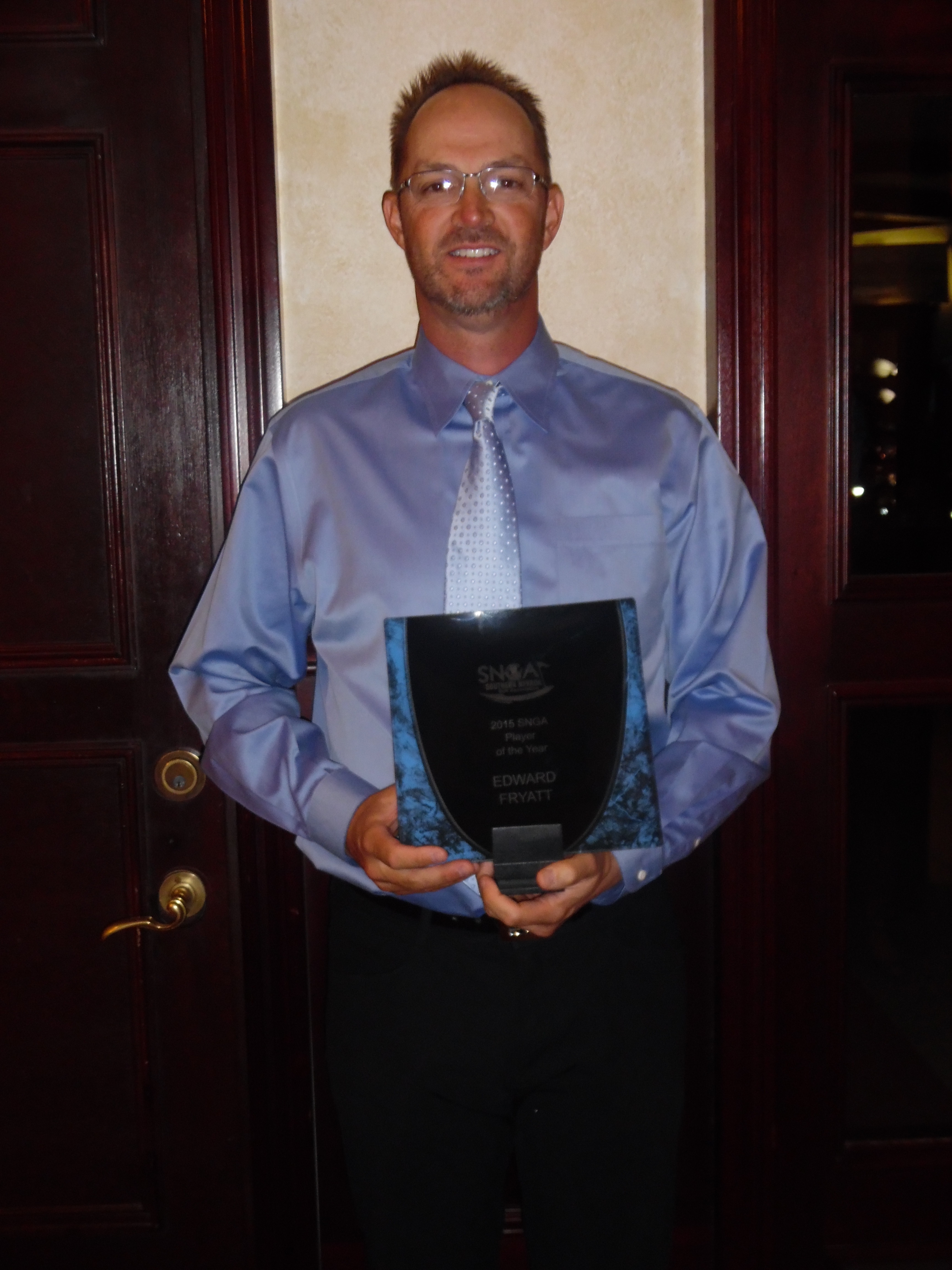