Las Vegas, Nev. (April 21, 2016)–It was a huge day for the UNLV Lady Golfing Rebels at the Mountain West Golf Championships played at the prestigious Dinah Shore Tournament Course at Mission Hills Country Club in Rancho Mirage, Calif. The Rebels won the team title, homegrown product Alexandra Kaui won the individual title, head coach Amy Bush-Herzer earned Mountain West Coach of the Year honors and the team received news that they had a perfect academic APR score of 1000. Now the 17th-ranked Rebels look ahead to the NCAA post-season and the sky is the limit. –By Brian Hurlburt.

The 2016 Mountain West Championship for the Rebels is the first for the program since 2013 and the second under sixth-year head coach Amy Bush-Herzer’s tenure. UNLV defeated No. 22 San Diego State (296-304-286) by nine strokes, the second biggest margin of victory for UNLV in the MW Championship. In 2013 the Rebels beat runner-up Boise State by 12 strokes. The first place finish for the Rebels is the third tournament win in the 2015-16 campaign after winning the Battle at Boulder Creek II on March 8 and tying for first place in the Las Vegas Collegiate Showdown on Oct. 27 and the fifth first place finish under Bush-Herzer.

After the win, the Rebels took the traditional swim in the pond by the 18th green. It is a tradition for the winner of the LPGA major to be played there to dive in the water after winning. The Rebels were thrilled to take the plunge.

“I really didn’t know what to expect this year,” said Bush-Herzer. “We were young and brought in a lot of new faces. This team really came through and shined in the spring. I’m really proud of what they’ve done.”

Kaui, who played high school golf at Green Valley and transferred back to the Rebels from Oklahoma, is peaking at the right time. She is the first Lady Rebel to win the conference title since 2011 when Therese Koelbaek, who played the LPGA Tour last year, won it.

Kaui topped Colorado State’s Katrina Prendergast (71-73-73) by five strokes for the largest individual winning margin in MW Championship history, topping the previous record of four that was shared by Koelbaek. Kaui is the fifth individual conference championship winner for UNLV.

“Usually I’m always nervous, at least on the first tee,” said Alexandra Kaui. “But for some reason, this tournament I wasn’t. I would just walk up to the tee and know what kind of shot I wanted and hit it. I hit good shots and played it smart. For the short putts I just had good speed.”

Entering the final round with a one stroke lead over Prendergast, Kaui birdied three of four par-5 holes (two, nine and 11) and the par-3 hole 17 and had just one bogey to finish the day three strokes below par. Her 4-under 212 is tied for the second lowest 54 hole score in conference championship history.

“I’m excited for her,” said Bush-Herzer. “I always say I’m a mom to these girls, and I’m a proud mom today. She works her tail off and she gets what she deserved when she comes out and does great things.” 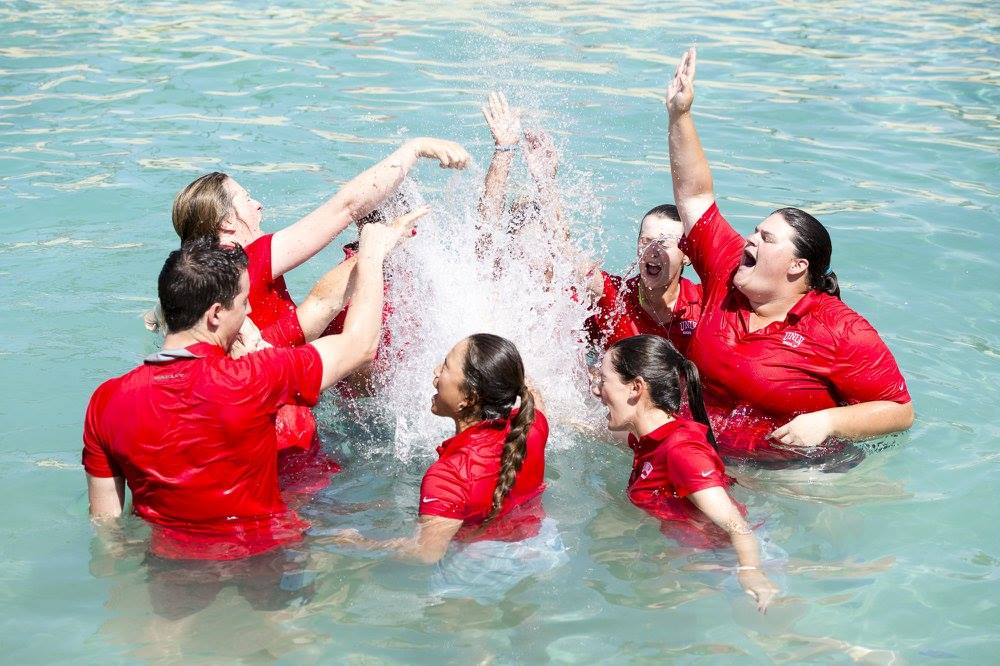