Garbage Salad Is a Delicacy at Piero’s Las Vegas 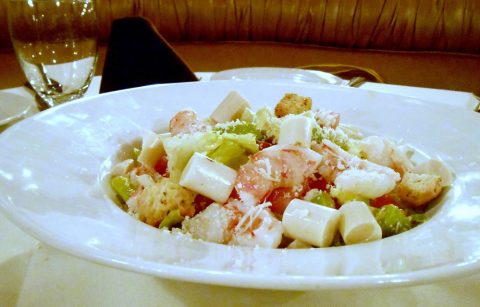 The name may not sound overly inviting, but the Garbage Salad at Piero’s Italian Cuisine is a delicacy and now a menu favorite. Here’s a sneak peak of the story behind the salad, as told by Piero’s managing partner Evan Glusman.

“What I love is the old saying is ‘imitation is the sincerest form of flattery’, and I have seen our Garbage Salad copied on other menus including in San Diego,” Glusman says. “Even though it’s a little bothersome they are ‘sharing’ our idea, it’s pretty cool people think of it so highly. But, and this is a huge but, the Piero’s Garbage Salad may often be imitated, but it has never been duplicated. The Piero’s original can never be copied precisely because we do things a little bit differently at Piero’s and that’s one of the reasons why we have been so successful.”

Piero’s is one of the most historic and iconic restaurants in Las Vegas and loved by locals, visitors, celebrities and pretty much everyone.

Mention this article and Las Vegas Golf Insider and get 10% off your meal.

Plus click at this link to our sister site Las Vegas Golf Insider for the full Piero’s Garbage Salad story.