September 4, 2008–One player each from the UNLV men's and UNLV women's golf team have been picked by Golfworld Magazine as among the top 50 players to watch in college golf in 2008-09. Sueng-Su Han, who became the first collegiate golfer to successfully reach the finals of PGA Tour Q School last year, and Therese Koelbaek, who was a co-medalist at the NCAA Western Regionals last spring, are the two Rebels making the list. The UNLV Men were picked 22nd in the Golfworld and Golfweek pre-season polls, while the Lady Rebels are 34th in the Golfworld rankings. “As a freshman, Therese had one of the best years of any player we have had at UNLV,” syas head coach Missy Ringler. “She is very mature and besides her talent, her biggest strength may be her consistency from tournament to tournament. She had a great summer and I look for her to carry that over to this season." Both teams play and practice at some of the best Las Vegas golf courses including Southern Highlands Golf Club, DragonRidge Country Club, and Las Vegas Country Club.

Koelbaek posted a sensational rookie season for the Rebels last year, winning a pair of tournaments, including tying for medalist honors at the 2008 NCAA West Regional. She was named an honorable mention All-American by Golfweek and was also the Mountain West Conference’s Freshman of the Year.

She is a native of Holte, Denmark, and led the league with a 73.38 scoring average and was named the MWC Golfer of the Month for November after winning the USF/Richmond Country Club Invitational. She also turned in three other top-five finishes at tournaments, including a fourth-place tie at the MWC Championships, and she helped lead the Rebels to a 16th-place finish at the 2008 NCAA Championships, the best finish in program history at the national tournament. 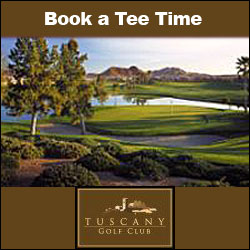 The UNLV ladies open the season on Sept. 18 at the 2008 Branch Law Firm/Dick McGuire Invitational, which is hosted by the University of New Mexico and played at UNM’s Championship Course.

Last year Han became the first collegiate golfer to ever advance to the PGA Tour's Qualifying Tournament finals. He decided not to turn professional and remained a student-athlete at UNLV. Competing for the Rebels as a junior last season, Han led the Mountain West Conference in scoring average (71.33). He played in 10 tournaments last year for the Rebels and turned in under par scores in 14 of 30 rounds played. He also finished in the top 10 in six events, including two top-five finishes.

UNLV, which enters its 22nd season under head coach Dwaine Knight, will open the 2008-09 campaign at the Gene Miranda Invitational in Colorado Springs, Colo., on Sept. 6. The squad returns six letter winners from last season.