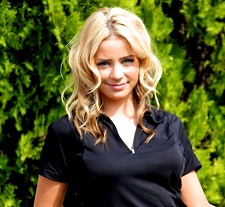 Las Vegas, Nevada (March 16, 2012)–Walters Golf operates three themed Las Vegas golf courses. And they offer plenty of Las Vegas golf deals, Las Vegas golf packages, and Vegas golf intrigue. And now the management has announced the formation of the Walters Golf Las Vegas Tournament Series. The series gets under way in May with the ParAm, an event featuring the beautiful ParMates female caddies and culminates in July with the inaugural Royal Open, an event coinciding with the British Open championship. Click now for reservations and details for this Las Vegas golf tournament series. –By Brian Hurlburt

"Join us for the 1st Annual Royal Open," Walters Golf Management writes at WaltersGolf.com. "Make your mark in history by playing in this legendary golf tournament at Royal Links Golf Club. Take on the best 18 holes of the British Open Rotation during the actual Open! You will play the game's most storied holes including "The Road Hole" and "Hell Bunker" from the old course at St. Andrews and "The Postage Stamp" from Royal Troon. Other legendary golf courses in the loop include Carnoustie, Turnberry, Royal Liverpool, Prestwick, Royal Lytham, Muirfield and Royal Birkdale." The Royal Open will be played July 21-22 but includes three nights at the MGM Grand. The event is just $399 with hotel rooms and only $249 without.

"Experience Vegas. Play in the Memorial Day Weekend Las Vegas Par-Am golf tournament," is how WaltersGolf.com entices golfers into the ParAm where you will be paired with a stunning ParMate female caddies. Click now to meet a ParMate. "Who needs a Pro when you can play golf in a fun-filled Pro-Am with a ParMate? This legendary golf tournament will be a 2 Day Golf Event played at the Royal Links Golf Club with hotel accommodations at the MGM Grand Resort. This event is open to all amateur golfers." The ParAm is just $549b with Las Vegas hotel rooms and $349 without. There is also special VIP access to MGM night and day clubs as part of this Memorial Day weekend event.

Sandwiched between the ParAm and the Royal Open is the Father's Day Two-Person team event. This special Las Vegas golf tournament that also can include Las Vegas hotel rooms and other special options. The Father's Day event is June 16-17 at Desert Pines Golf Club and Royal Links Golf Club. It is just $219 per team and includes two rounds of golf for each player. Click now for reservations or more details about this Las Vegas golf tournament.